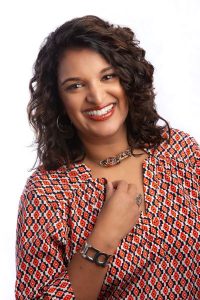 “What is Unconscious Bias” by Tina Varughese.

First impressions, positive or negative, are made in seven seconds or less. We all make quick assessments of others without even realizing it. We are not born with bias. Biases are formed by past situations, experiences, background and culture. Unconscious biases typically exist towards gender, race, religion, sexual orientation, age, disability (both physical and mental), and weight. Most of us will say “I see people for who they are” but do we? Unconscious biases affect and impact decision making both professionally and personally with real impact. Recognizing, managing, and mitigating unconscious bias promotes diversity and inclusion. Diversity and inclusion drive innovation, increases productivity, and stimulates creativity while promoting a healthy, happy, engaging workplace culture.

Named one of Canada’s Top 10 Notable Speakers by Ignite Magazine, Tina cleverly tackles hot button topics, like diversity and inclusion, in today’s racially complex climate. By carefully weaving personal stories with touching humour, she disarms attendees as she breaks down barriers to foster an inclusive and uplifting space leaving attendees inspired to think, behave, act and communicate with positive intention and purpose.

Tina’s work has been featured in the Toronto Star, TSN, CBC Eyeopener, Adrenaline Magazine, Alberta Venture Magazine and U of S Alumni Magazine. She is President-Elect for the Canadian
Association of Professional Speakers (Calgary). Tina has been the face of diversity, literally, when she was chosen to be in Dove’s Campaign for Real Beauty representing beauty in diversity.

Tina resides in Calgary, AB with her husband and two children. 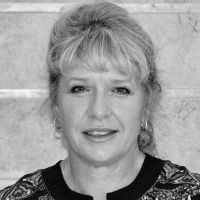 Dr. Lyn Watson is a clinical Manipulative and Sports Physiotherapist who has been working exclusively in the diagnosis, assessment and rehabilitation of shoulder injuries for the past 25 years. She lives in Melbourne, Australia where she is the shoulder physiotherapy consultant to a variety of national and international teams and individual athletes.

Multidirectional Instability of the Shoulder
– Diagnosis & Treatment Pathways
– Conflict & Consensus
Multidirectional Instability of the shoulder (MDI), a sub-group of atraumatic instability has long posed a clinical dilemma for clinicians as to how to recognize and diagnose it effectively and which treatment pathways are the best to be employed. This session will clarify the sub-groups that can be see clinically in atraumatic instability including MDI and examine the conflicts in the literature around diagnosis. The associated factors that should be recognized clinically and effect management pathways will be addressed and the current evidence that supports the consensus that conservative management should be the first treatment of choice. 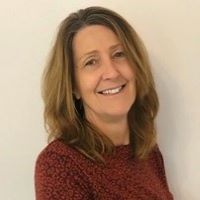 Alison is Professor and Director of Physical Therapy at Western University. Alison has a strong research profile, with >£2M funding, £11M research centre funding, >140 publications. Her research is at the forefront of understanding assessment and management of musculoskeletal disorders, focused on precision rehabilitation. Alison Chairs the IFOMPT Standards Committee. 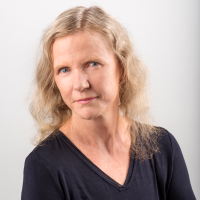 Jill Cook is a Professor in musculoskeletal health in the La Trobe Sport and Exercise medicine Research Centre at La Trobe University in Melbourne Australia. Jill’s research areas include sports medicine and tendon injury. After completing her PhD in 2000, she has investigated tendon pathology, treatment options and risk factors for tendon injury. Jill currently supplements her research by conducting a specialist tendon practice and by lecturing and presenting workshops both in Australia and overseas.

Where from and Where to in the Management of Tendinopathy
This session will appraise the history of the management of tendinopathy with a perspective on why many management options fail. Taking this into account we will consider treatment options in the future and examine their likelihood of success. Understanding what underpins the success or failure of treatment options empowers clinicians to better educate and manage their clientele.